Autism and Communication: It’s So Much More Than Words

Our daughter was diagnosed with autism when she was 3 ½ years old. As I think back, one of the main indicators of autism was her loss of connection with us, beginning around the time she approached her second birthday. Up until she was 18 months old, she had met all of the developmental milestones. Morgan was very engaged, energetic, and enjoyed our attention. I can still see her sweet smile, and hear her giggle. When her eyes met mine, they shined brightly. She was answering questions, by shaking her head and replying “yes” or “no”. She was very animated and would point and gesture. She answered with attitude. Morgan was very clear about her preferences about what she did and did not like. She even said simple prayers before meals and bedtime. 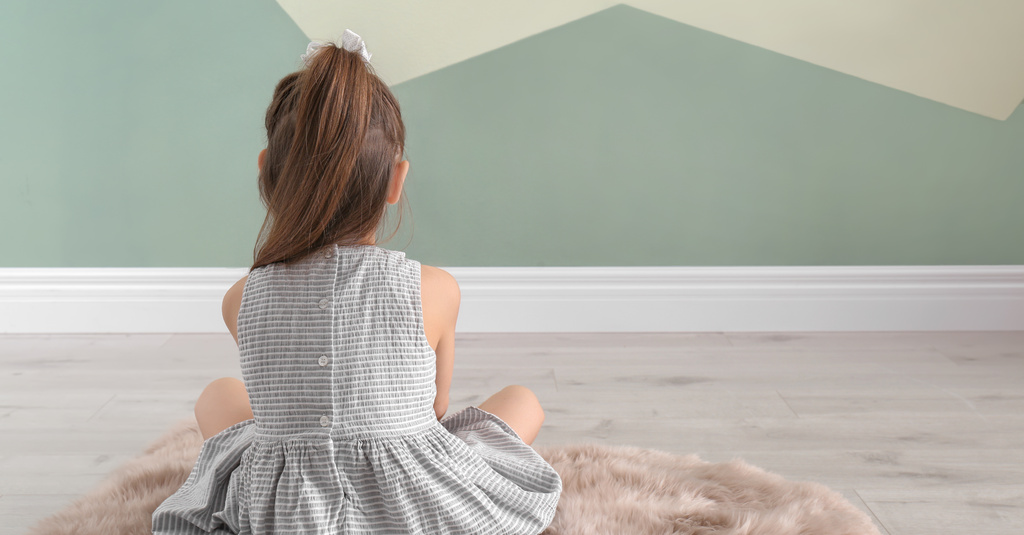 The changes began to happen gradually. Where she had previously answered questions, she began to repeat our words back to us instead. For example, if I asked “Do you want juice?” She would repeat “Want juice?” With the same questioning tone. I’d ask again, and say “Yes or No?” I thought giving her the possible answers would help. But she would only echo back what I said again. Her language skills were regressing.

Repeating words and phrases is called “echolalia”. It’s a normal stage of development for toddlers. They start building their language by imitating sounds. As they grow, they get beyond this. But a child who has autism can get stuck in this echoing.

They may repeat the same words and phrases over and over without understanding what the words mean. My daughter Morgan was originally diagnosed with Aspergers in 1997. She could say lots of words, including long phrases she heard from cartoons, but she had no meaningful communication. As Morgan got older, she did begin to use those cartoon phrases in appropriate situations to communicate how she felt. Honestly, I believe her diagnosis would be moderate autism if she were diagnosed today.

Early on, before her diagnosis, we thought Morgan might be losing her hearing. When we called her name, she would no longer respond. She would not even turn around to acknowledge us. One day I tried something different. I stood behind her and softly whispered the word “popsicle”. That got her attention. 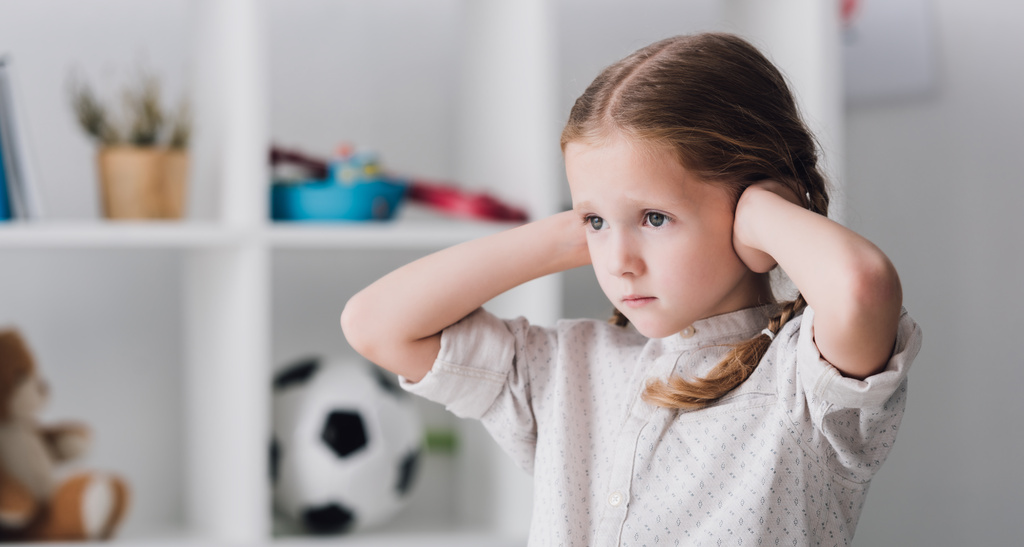 In fact, we eventually realized she could hear us from across the house if we were talking about something that interested her. She would often call out “Mom” just to hear the sound of the word. When I would answer, she’d just repeat my name again. It became a game that had no meaning and could go on all day.

I saw it as interaction, because I needed to feel we were still connecting somehow.

Morgan’s expressions became flat. The responsive laughs and smiles were no longer there. She took on a more solemn look. Sometimes a high pitched squeal, scream, or laugh would come out of nowhere. It was as if she was sinking into a world of her own.

The hardest thing for us was not knowing what was shutting her down and taking her away. Hearing the word “Autism” was actually a positive step, because it gave us the answer to that question.

With that information, it was time to start learning everything we could about the disorder, so we could reach Morgan again.

Autism is a neurobiological disorder that significantly affects verbal and nonverbal communication. It is characterized by difficulty with social interactions, and restrictive or repetitive patterns of thought and behavior.

Since communication is one of the main deficits of autism, we had to engage ALL the senses; hearing, sight, taste, touch and smell. When individuals with autism, or anyone for that matter, are NOT given the appropriate tools to express their wants and needs, they will turn to using inappropriate behaviors to communicate. Morgan, like most individuals with autism, responded well to visual cues. Using the PEC (Picture Exchange Communication) system was very helpful for giving simple directions. Our words could seldom reach her. But a picture made things clear. 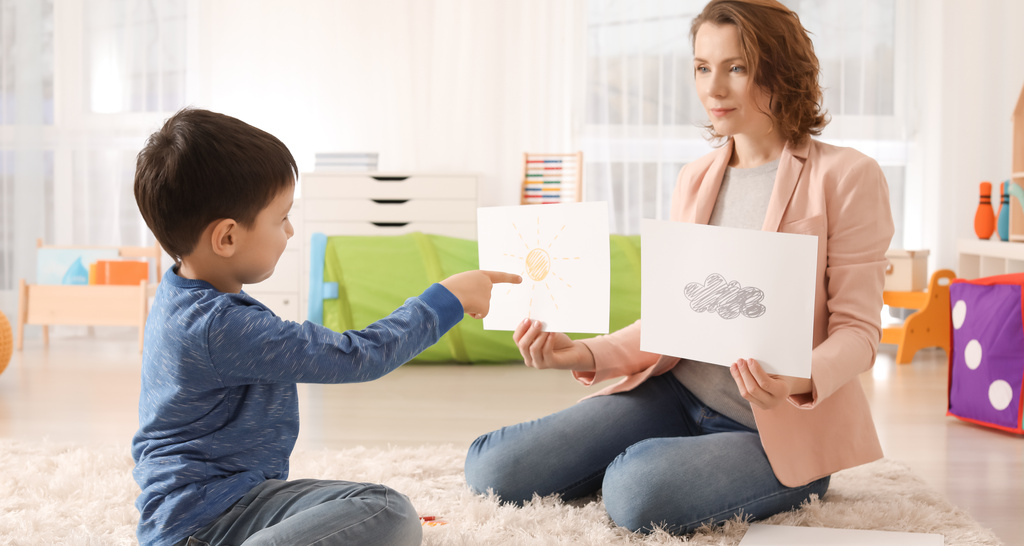 To this day, I still write our schedule for a busy day on a little piece of paper. She calls it her ticket. Whenever she gets stressed, she looks down to see where we are on the list. It helps her get through non preferred activities, knowing something she likes is coming up soon. She may not be able to handle shopping for all the groceries, but giving her a list of five items lets her know a definite end to the activity. It also helps stretch her patience.

In order to effectively communicate with Morgan, we first had to get her attention. In the early years, we could only hold her attention for short amounts of time, so we took advantage of every minute she would give us. It took a lot of energy to keep her engaged. Getting her to sit still and listen was out of the question back then, so we literally had to follow her lead. I remember teaching her colors by tossing colored cardboard blocks across the room with her. I’d throw a red one and say “Red”. When she picked up one to throw it, I’d say the color of the one she threw, “Yellow”. After several rounds of this game, she eventually learned her basic colors, while burning off some of that toddler energy. 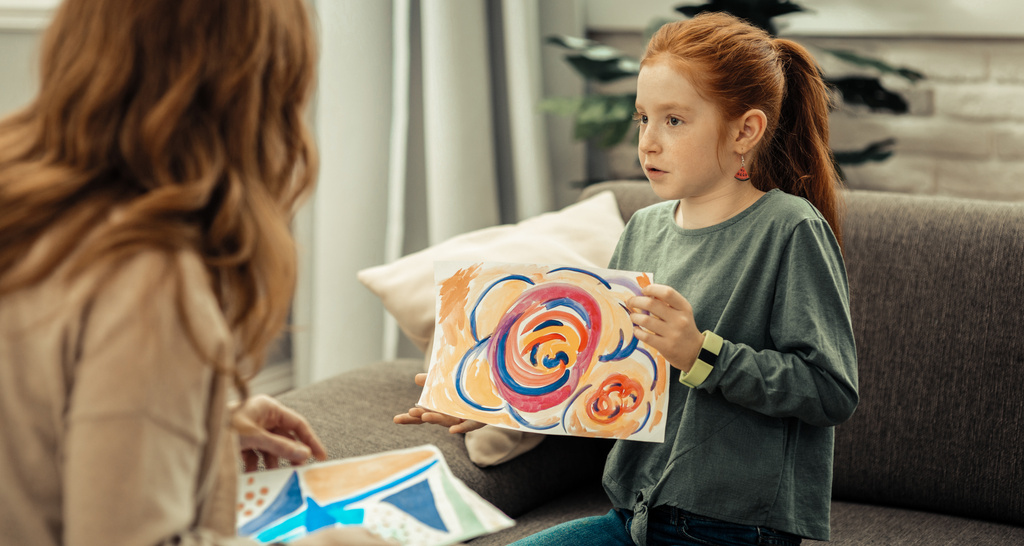 I have always been a huge proponent of the Arts in education because it engages all the senses. One of the things Morgan likes is fire trucks. We drew fire trucks. We painted them. We wrote a song and sang about what fire trucks and firemen do. We rang bells and made siren noises. We were connecting and communicating. We were both learning new things about each other.

Although its true early intervention is very important for children with autism, my experience has been that they never stop learning. Developmental delay is just that, a delay.

Each individual learns at their own pace. Whenever I try to teach Morgan a new skill that she isn’t ready to learn, I pull back and wait for a better time and opportunity. With age and maturity, Morgan’s attention span and our connection has improved tremendously. 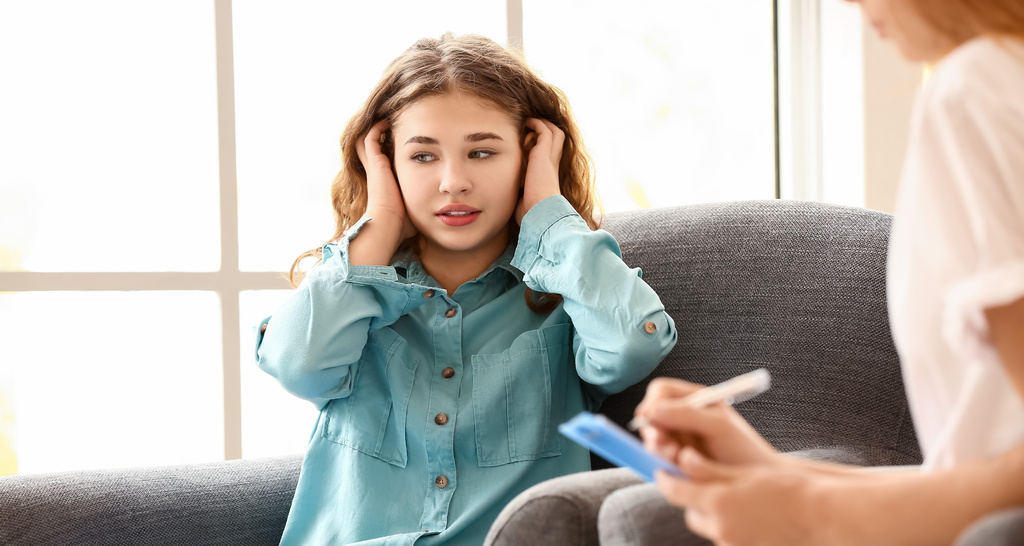 I am always learning as well. One of the interesting things about communicating with individuals on the autism spectrum is that they tend to be literal thinkers. Before I speak, I have to think about what the words might mean to Morgan. For instance, If I tell her to “Jump in the bed” or “Hop in the tub”, that’s exactly what she will do.

For her part, Morgan has come a long way. Most of the time, she is able to say exactly what she’s thinking. Recently we were in the post office. The line was long. When we finally reached the counter and the clerk took our package, I cued Morgan to thank her by saying, “What do you say?” Morgan said, “You better get moving.” There were giggles in the line behind us. I said, “Oh dear, not that, the other thing.” She then said, “Thank you ma'am.” I blushed, smiled, and thanked the clerk. Now we’re having to work on what NOT to say. In stressful situations, that’s a great skill for mom too.

From the very beginning, when a baby is hungry, wet, uncomfortable, or just wants attention, they...

Autism, The Calendar, and COVID 19

Every morning when Morgan gets up, she walks to the kitchen to place her water cup in the sink. She goes to ...

This site uses cookies to offer you a better browsing experience. By continuing to browse this site, you agree to our use of cookies.